Cox Radio went to the group that bought its TV stations earlier and specifically did not want radio.

What lead to Apollo Global Management suddenly changing their mind?

There were a lot of other potential buyers (radio groups) interested in Cox stations but not in the usual way.

Did Cox leave money on the table?  Who was the runner up?

So now with a venture capital firm running the show, what happens next to the well-run and profitable Cox radio stations now?

At the recent Conclave gathering in Minneapolis, I had an opportunity to question Lew and John Dickey about what went wrong with their version of Cumulus, what the future looks like for radio as an on-demand business as well as what jobs will be available.

Radio is linear – that is, a one-to-many broadcast medium.

The world (which means anything surrounding a mobile device) is increasingly on-demand and radio does not presently have an answer for that.

That’s why the industry’s reach and advertising revenue is eroding as on-demand solutions are becoming more popular with audiences and advertisers.

To remain relevant, radio will some decisions to make.

If there is one constant in the radio industry, it is that since consolidation was allowed in 1996, local radio jobs have been eliminated every year.

The estimate at Clear Channel/iHeart is somewhere north of 15,000 local radio jobs lost since then and even the less aggressive operators have succumbed to less local and little or no live.

Some markets have empty studios in what looks like a ghost town.

It turns out consolidators have an answer for what to do with the remaining footprint of local radio.

What’s amazing is that the radio industry always focuses on formats that they are already doing – never something new.

They may make changes to, say, adult contemporary by offering a softer version as Entercom and others are trying to do now with “The Breeze” but essentially it’s a spinoff of what radio already does shifting listeners from one format to another almost like it.

Therefore, it should be no surprise that in an industry that doesn’t fully grasp that streaming music services and not other radio stations are now their chief competitors, it is long overdue to come up with a few new radio formats that only a radio station can do.

Here are 4 totally new, never done before radio formats that have a revenue stream of eager advertisers waiting to support them.

The session was live streamed but in case you missed it and would like to watch, click here. 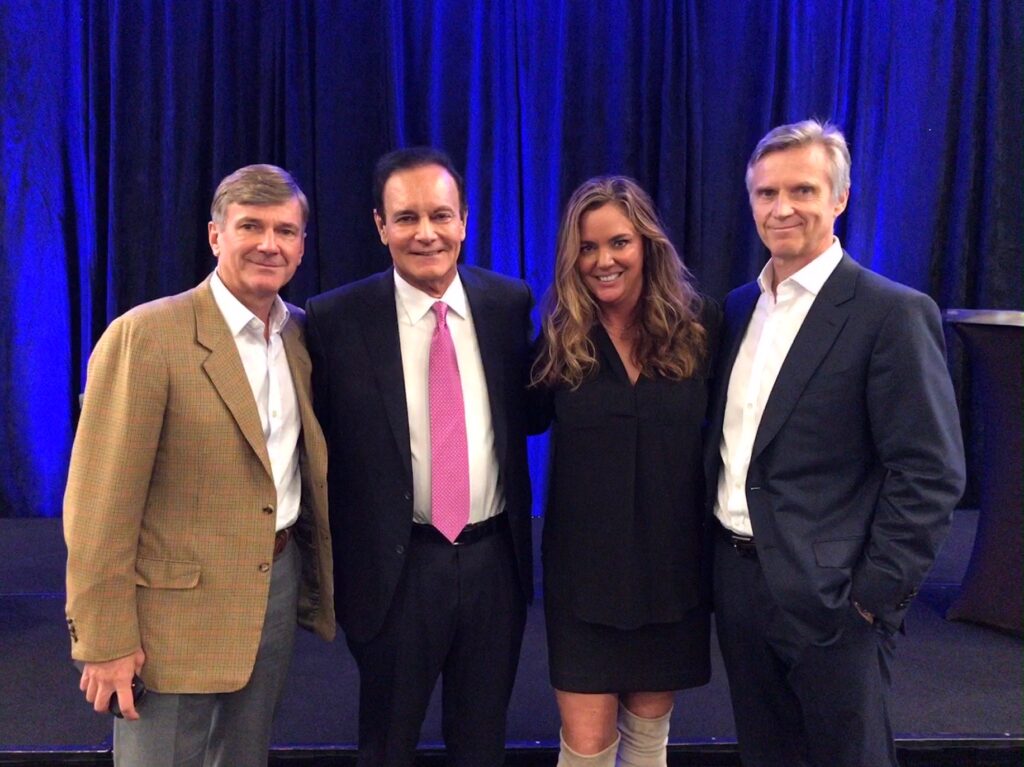 There’s no denying Entercom has been laying people off especially in programming for most of the first half of this year.

Jenny Q and Blake Powers were blown out Friday at KLUV, Dallas.

And so the pattern of firing former CBS staffers that Entercom thinks are superfluous.

But there is a next wave coming as Entercom anticipates not making its numbers again as the year progresses.

This time David Field goes where few consolidators have been willing to go to save money.

David Field is starting to sweat.

He’s ordering severe layoffs right now because he promised lenders $110 million in cost savings when Entercom took over CBS Radio and two years later, the actual realized savings is approximately half that.

No radio consolidator has ever promised and actually delivered cost synergies that ambitious probably because it is dangerous to do so but Field’s world is beginning to get uncomfortable.

The stock has lost more than $10 a share since the merger was announced, Field’s EBITDA growth figures have been consistently devalued and Entercom is in the same industry with iHeart and Cumulus – one that is selling advertising for less than it is worth making it impossible to deliver consistent year-over-year revenue growth.

The dew is off the lily for Field which is why his plans to shrink expenses will soon be right up there with iHeart and Cumulus.

The CEO of Media Monitors is selling the benefit of their new overnight Nielsen ratings like this:

“We found that the number of quarter hours increased toward the close down of WPLJ on Friday. This was due to more panelists tuning in more often just to hear the swan song of that station.”

Philippe Generali was talking about those high-interest final hours of broadcasting for the iconic WPLJ in New York before it switched to religion.

Why suddenly measure overnights – turns out there is an answer for this and a lot of radio stations are not going to like it.

How this move has little to do with radio as we know it – it’s a sly move with another end in mind.

Even the planned name for Nielsen overnight’s is not going to be called Nielsen Overnight giving a revelation of what this move portends.

With radio groups and stations trying to cut expenses, why is Nielsen and Media Monitors trying to sell them something else at this sensitive time?

So, let’s get this straight.

Emmis sells its 50.1% interest in its Austin radio properties for $39.3 million.

That’s only about $3 million less than Cumulus got for KLOS-FM, Los Angeles, a storied station in the second largest market.

And much more than Cumulus got for one legendary WPLJ-FM, New York that was bundled with WRQX-FM, Washington and WYAY, Atlanta with three more smaller market stations thrown in for the low, low price of $103.5 million devaluing WPLJ to garbage status.

And then yesterday, Beasley buys WDMK-FM, Detroit and three translators thrown in for only $13.5 million – and yes, I get that Detroit is not New York or LA or even Austin but something is seriously wrong with the radio industry with fire sales like these going on.

If the good stuff is selling for pennies on the dollar, how does that value the rest of the radio industry?

Cumulus was working on the WPLJ sale for months only to just give it away.

What other stations are on the block and under the radar?

But wait, has the market finally bottomed out for radio stations?

And is it a good time to buy?

From almost day one David Field has been telling investors and lenders that there are lots of financial savings to be realized once the two companies merge.

In fact, Field upped his predictions from $25 million in cost cuts all the way to $100 million and even later added another $10 million on top of that.

So far best estimates show approximately half of that $110 million in cutback savings has been reached – some of them came from CBS which was coerced to do them by Field prior to the merger.

Now Field is having a tough time grinding out more savings which sounds like great news for current CBS employees who want to hold on to their jobs except it isn’t.

Ask any radio person and they likely cannot name one of the three most potent threats to time spent listening to radio.

And you thought it was consolidation and greedy bankers.

But under the radar three alternatives to radio are rapidly gaining strength while the people who are running the radio industry can’t see them coming.

And we’re not talking about digital – it is a factor no doubt, but not the next thing.

More concerning is that these new threats are targeting both young and older, available radio listeners.

If you caught any of the farewell jock appearances on WPLJ late last week, you heard more radio personality that exists in an entire lifetime on the air for one last goodbye.

It was odd to hear Scott Shannon with Todd Pettengill together considering that Pettengill reportedly went to Cumulus and supposedly offered to take over the WPLJ show for a lot less money getting Shannon fired.

Still, for a few final days the airwaves oozed of what makes radio great – personality and that station had tons of it from the early Allen Shaw ABC days up to and including Cumulus, the company that sold WPLJ for a quick buck.

There was a time when a good morning show drove 50-60% of the total stations revenue but consolidators found a way to weaken these important shows in the name of saving money.

But it’s heading in the wrong direction again.

Radio groups can’t make their revenue numbers without adjusting them to look better.  You saw how Entercom dumped in all that heavy billing from WBEB which it purchased in Philadelphia late last year totally misrepresenting year over year revenue.

Now, faced with more declining revenue, hard-pressed group owners are revisiting ways to cut the great expense of paying for talent in the morning.

In a Midwest market very recently, Cumulus paid a 50% commission to one of the top barter and remnant agencies to secure a buy.

For years, barter and trade have been rearing its ugly head in radio at the hands of desperate radio groups looking to grab whatever ad dollars they can even at the overall expense of the industry.

All of this in a boom economy!

Can you imagine what would happen to radio if an economic downturn feared by economists currently actually kicked in?

So right now, trade and remnant advertising is hitting new highs or should we say new lows.

The rules are being re-written on the fly and one gigantic change that will make matters absolutely worse has taken off with a vengeance.